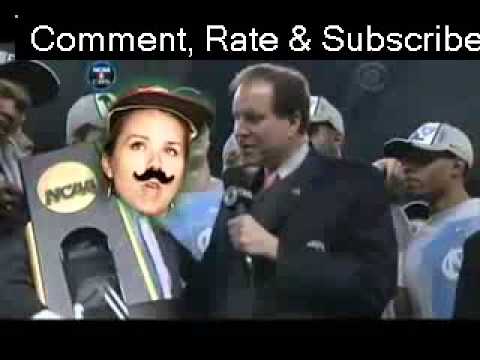 You gotta see this neat info : Interviewers, sportscasters, and vice presidents alike break into song to report important news. The players include my homey Sarah Fullen Gregory (she married my brother). You can find her music here: Newt Gingrich (on nuclear disarmament) Robert Gates (on cutting the Pentagon budget) Jim Nantz (on March Madness) Joe Biden (on the economic situation) Wayne Ellington (on how it feels to win) Lyrics: MG: Mr. Gingrich, what do you think about Obama wanting to cut down on nuclear weapons? In the key of C. And…go! NG: Uh, I just think that it’s very dangerous to have a fantasy foreign policy And it can get you in enormous trouble MG: What’s wrong with fantasy? I like fantasy and I live in the sea RG: We must rebalance this department’s programs In order to institutionalize and finance our capabilities SG: Yeah, forget about the jets; Use our super soakers, get al quaeda wet JN: Tar Heels: rolling on to Monday night Another convincing Carolina victory SG: Ooh, that’s cool, but it ain’t time to pop the hennessy JN: Michigan State: heading to the national championship game Your team responded late here, coach, how did you do it? MG: Three words: Vi ag ra. JB: There will continue to be job losses The remainder of this year The question is will they continually go down Before they begin to rebound Before they begin to rebound Will they go do-do-do-down Before they begin to rebound And now it’s my pleasure to present the 2009 National Championship 2011
http://trustseo.com Website Designers in Miami
Thanks to the #1 uploader of this video was schmoyoho